5 Places to Visit in the Yorkshire Countryside

England has always been one of my favourite countries, and in the past six months I’ve been so lucky to experience more of England outside its big cities. My boyfriend is from Yorkshire in northern England, so when I visited a few months ago, I was excited to explore this region. Yorkshire is often considered one big region, but it’s actually made up of four: North, South, East, and West. Leeds is the largest city in Yorkshire, and the third biggest in the UK, so there’s lots going on there. York is another popular city to visit for its medieval charm. But outside the cities, the Yorkshire countryside is made up of rolling hills, quaint villages, and some of the friendliest people you’ll meet in all of England!

If you’re planning a visit to England, Yorkshire has that quintessential charm you associate with the English countryside. The best time to visit is summer when it’s warm and sunny, and autumn has some beautiful foliage. Taking a couple days to visit Yorkshire is the perfect way to relax between visiting the busy cities of England. Keep on reading for my five favourite places to visit in the Yorkshire countryside. 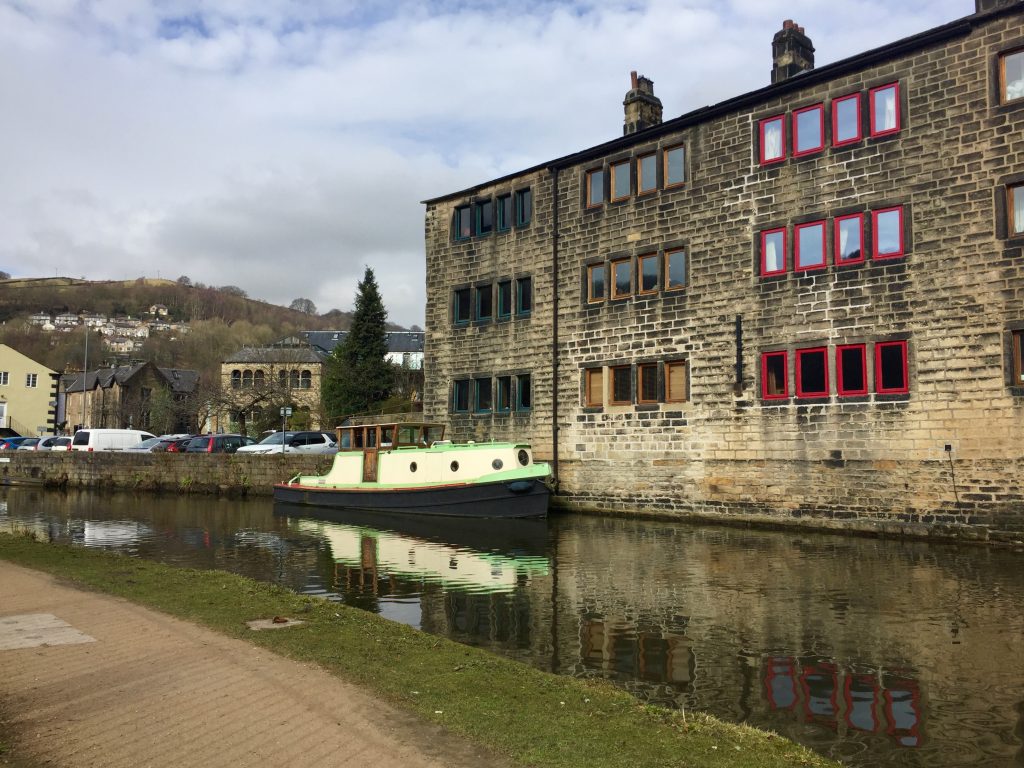 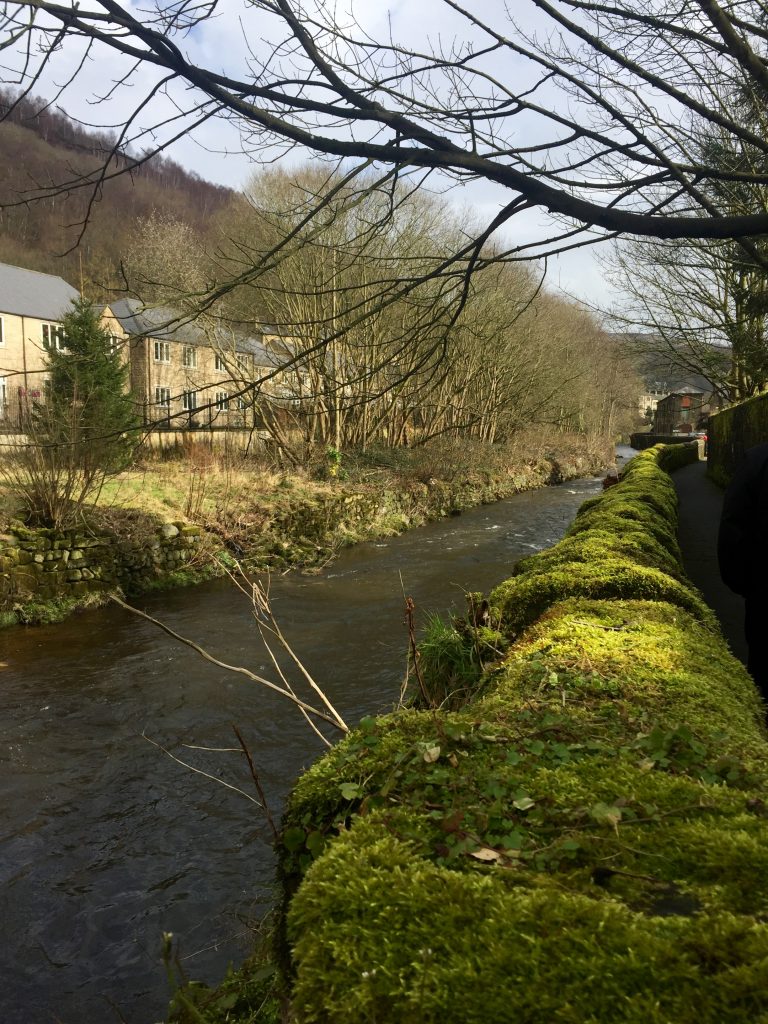 If you’ve seen the British show Happy Valley, you will probably recognize Hebden Bridge! Many scenes for the show were shot here. Hebden Bridge has an adorable town center full of small restaurants, cafes, pubs, and shops. And on the weekend, there is a market where you can sample some foods. I definitely took advantage of the fudge samples that came in about 30 flavours! Hebden Bridge also has a small river with a path you can walk along. You’ll get some beautiful views along the way and get the true feeling of being in a small English village. Along the river, you’ll see stone walls covered in moss, house boats, and a stone bridge that dates all the way back to 1510 and gave the town its name. Hebden Bridge is a beautiful town to visit and easily accessible by train from Leeds, Manchester, and Huddersfield. 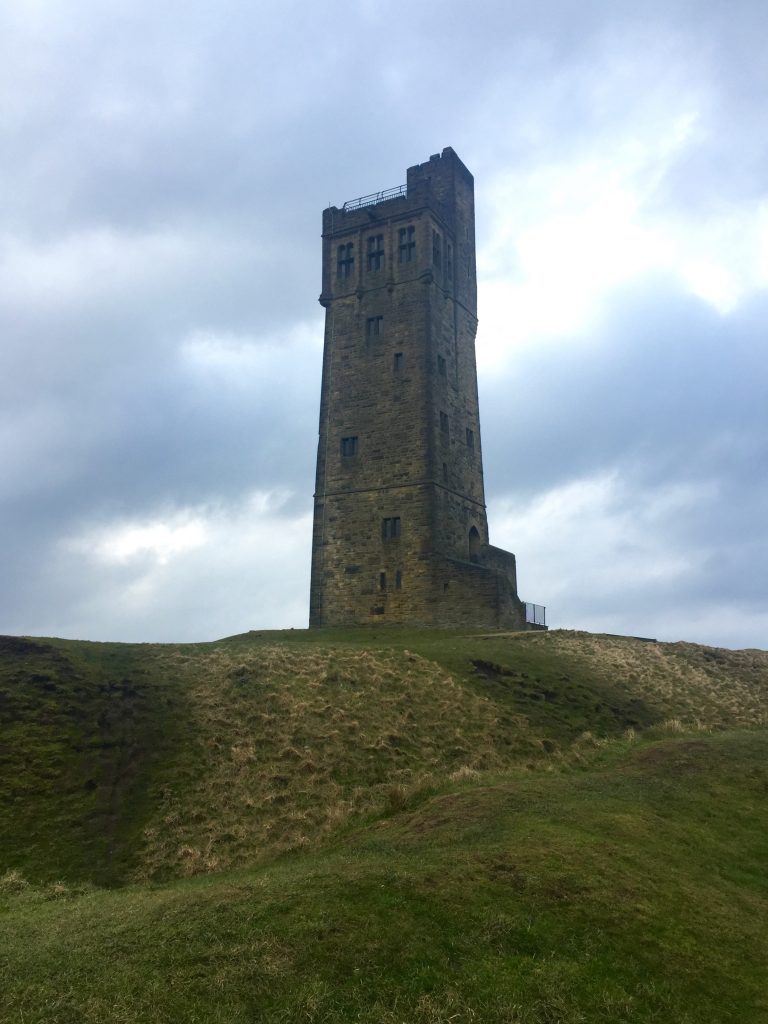 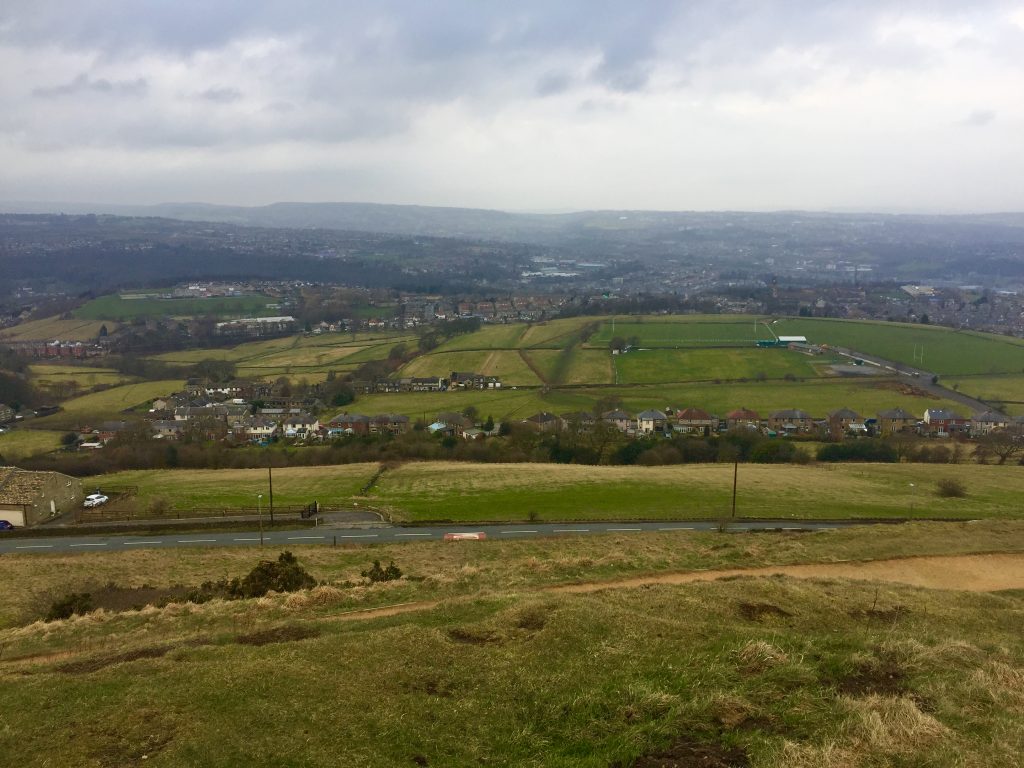 On the outskirts of Huddersfield is a hill with the tower of an old castle on top, hence the name! The hill has some surprisingly cool history and has been settled for over 4,000 years. A fort was first built on the hill to defend against Roman invaders, and in the Middle Ages, a castle was built on the hill. Once the Middle Ages ended, Castle Hill was abandoned for hundreds of years. Then in the 1800s, the hill became a popular spot for political and religious meetings, and a pub was even built on top. None of that exists any more, but the tower is still there for you to see. Castle Hill offers beautiful sweeping views over Huddersfield and the Yorkshire countryside and makes for a nice hike!

Local tip: Although Ed Sheeran was born in Halifax, which is the next town over from Huddersfield, this isn’t THE castle on the hill. The one he’s singing about is Framlingham Castle in Suffolk, where he spent most of his childhood. 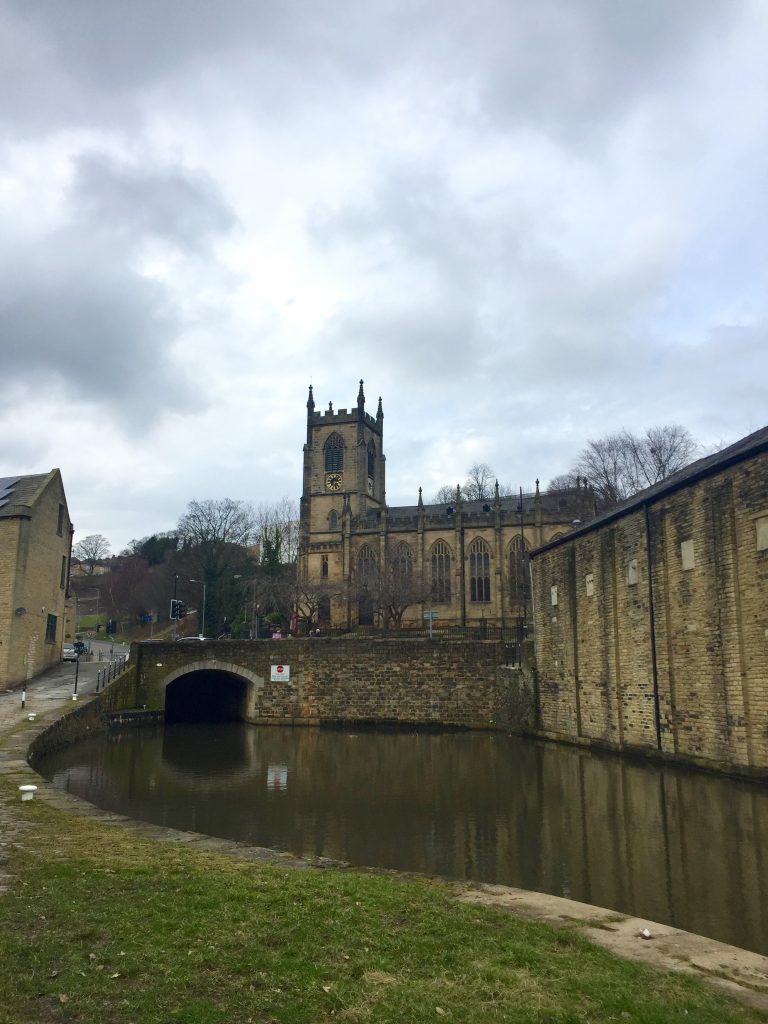 For another quaint West Yorkshire village that made an appearance in Happy Valley, head to Sowerby Bridge. It’s only two train stops away from Hebden Bridge, so you could easily combine the two in one day if you are travelling by train. Sowerby Bridge is another beautiful little village, and like Hebden Bridge, gets its name from a large stone bridge that spans the river. It’s a very typical English village with lots of stone architecture, small pubs and restaurants, and rolling hills surrounding the town. Take a walk along the river admiring the pretty architecture as well as the house boats and barges floating along.

The Yorkshire Dales is the large national park in northwest Yorkshire that is the epitome of Yorkshire countryside! The park is made up of rolling hills, some beautiful nature walks, and the greenest views you can imagine. Within the Dales, there are even more quaint Yorkshire villages with stone buildings and super friendly people. There are lots of short and easy walks as well as longer and more challenging ones. The most intense is the Three Summits Walk, which takes you to all three peaks in the park over the course of 24 miles. And if hiking isn’t your thing, the Dales are also home to a brewery, a museum about the area’s history, caves, and some old castles. Yorkshire can get quite rainy in the winter, so the best time to visit the Dales is in the warmer months when you can experience sunshine and no mud on the trails.

Bamford Edge views by @b.christie_ // Anyone else ready for summer views like this in the Peaks? // Locaton: The walk starts from the Derbyshire village of Bamford and climbs on country lanes towards Bole Hill and Bamford Clough. You then head north and pick up the Bamford Edge footpath on Bamford Moor. There are splendid views across the Peak District Hope Valley and down to the lovely Ladybower Reservoir below // To be featured – Follow and tag us in your PeakDistrict shots. We're open to all! 🌲🌲🌲

This hilly region straddles the border between several counties, and a good portion of it lies in Yorkshire. The Peak District has been a popular tourist destination for years after becoming the UK’s first national park in 1951. As you would expect of a national park, the Peak District has a range of great hiking trails and outdoor activities. The Mam Tor is an easy 5-mile hike with views, the Bamford trail is just over 5 miles and has a view of the Hope Valley, and the 8-mile Kinder Scout trail offers a challenge for experienced hikers. Apart from hiking, there are lots of other things to see in the Peak District. The Chatsworth House is a beautiful manor house that dates back to the 1600s. The Peveril Castle is another spot to check out and dates all the way back to the 12th century. And for the kids (and kids-at-heart) Alton Towers is an amusement park located just outside the national park.

Yorkshire is full of some of the most beautiful landscapes in the UK. I love all the green, the stone buildings, and the friendly locals. Outside of the cities, there’s so much to explore and experience between the nature and quaint little towns and villages. I can’t wait to visit the Yorkshire countryside again and see even more of what the area has to offer! 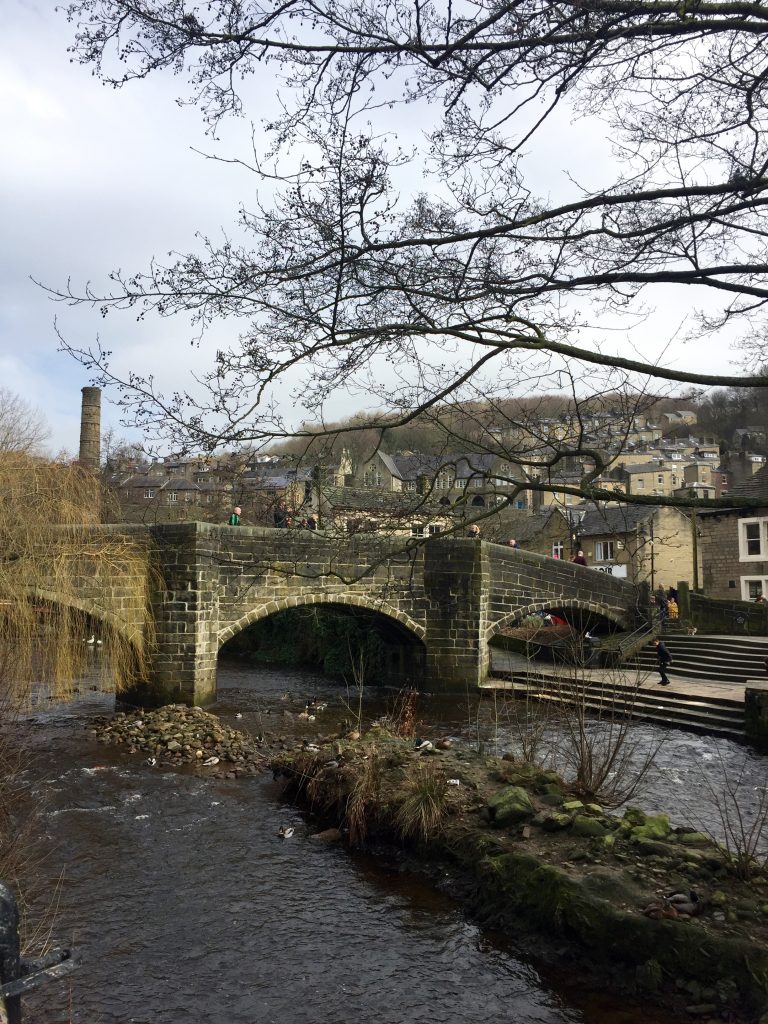 What are some of your favourite countryside spots in the UK? Let me know in a comment! 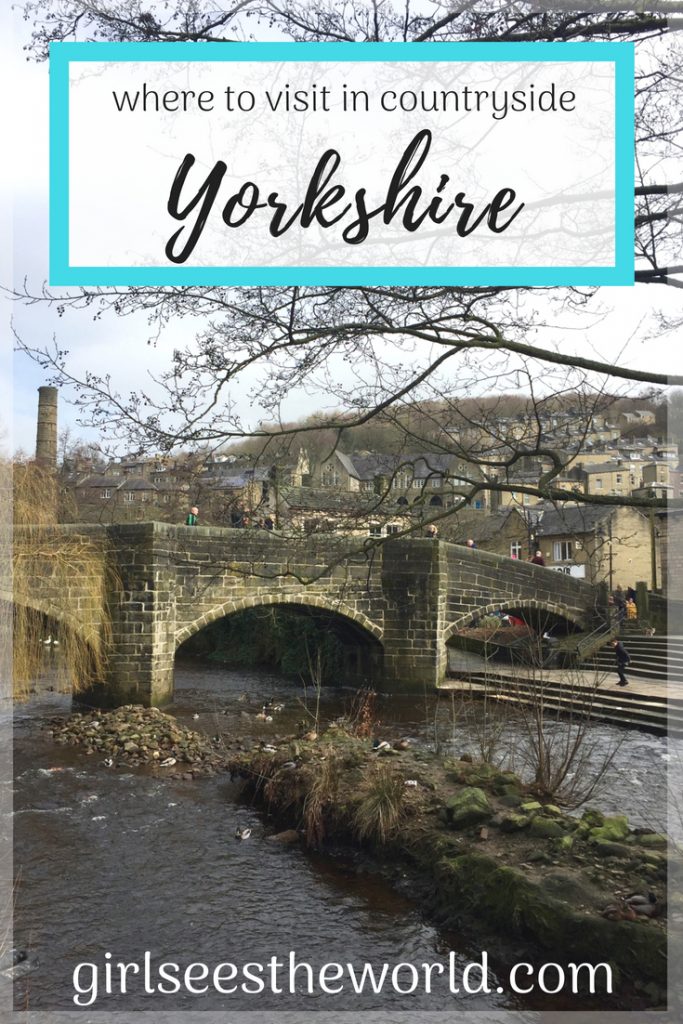