Ten Things You Learn as an Expat in Australia 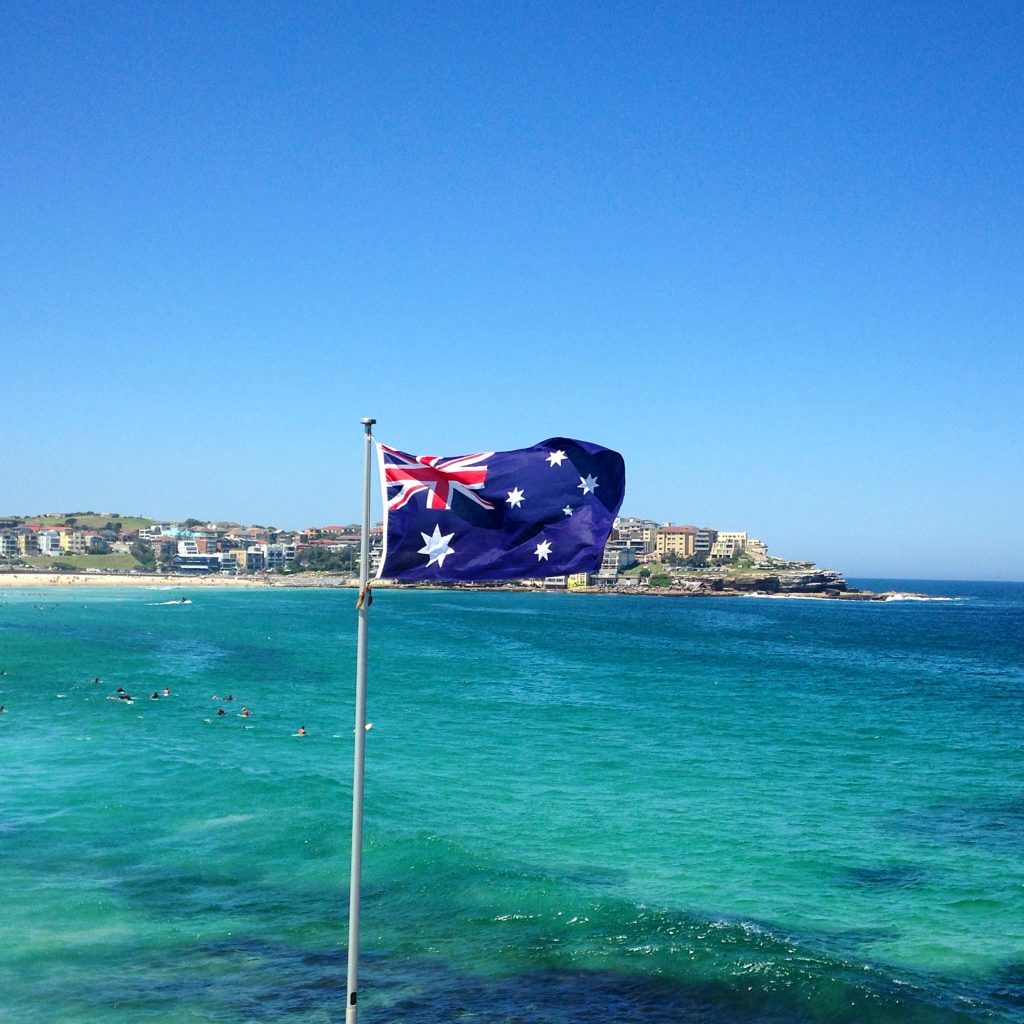 Have you ever thought about what it would be like to live as an expat in Australia? I feel like everything I read or see portrays life in Australia completely differently. In fact, if you’ve never been to Australia yourself, you probably have an idea in your head of what it’s like. You may picture people lounging on the beach in the sun all day. Or people in the middle of the Outback surrounded by deadly spiders and snakes. Maybe you picture people riding around on kangaroos and saying “G’day mate” to everyone they see. There are a lot of stereotypes when it comes to Australia! But spoiler alert: most of the stereotypes are a bit exaggerated. Like everywhere in the world, there are many different sides to Australia.

I moved to Australia in November 2015 and spent 15 months living there. As soon as I arrived, I absolutely fell in love with the country and its culture! I’ll admit that I myself even had some stereotypical expectations of Australia, and while not everything turned out to be the way I expected, more often than not, it surpassed my expectations by far! As I’m sure anyone who has lived as an expat in Australia knows, there is just something special about the country. It has this draw to it, and within a few weeks there, I felt completely at home and like I was where I was meant to be. 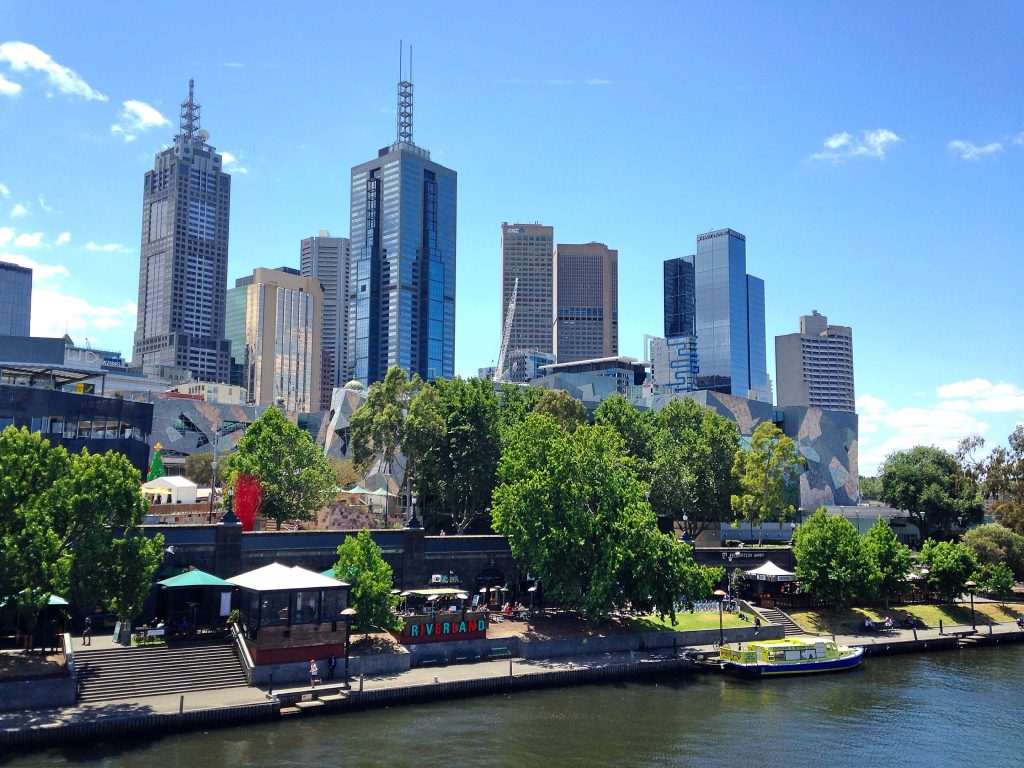 During my time in Australia, I did notice a number of things about the country…

Australia is the land of no worries and no stress.

And you will hear Aussies say “no worries” to you approximately 100 times per day! You will even start saying it yourself without even realising. It is literally un-Australian to worry.

There aren’t actually deadly animals and insects waiting around every corner to kill you.

In fact, unless you live in the middle of the Outback, there’s a good chance that even after years of living in Australia, you wouldn’t have seen any deadly creatures in the wild.

Myself included as Western Australia is the only state or territory I haven’t been to yet. 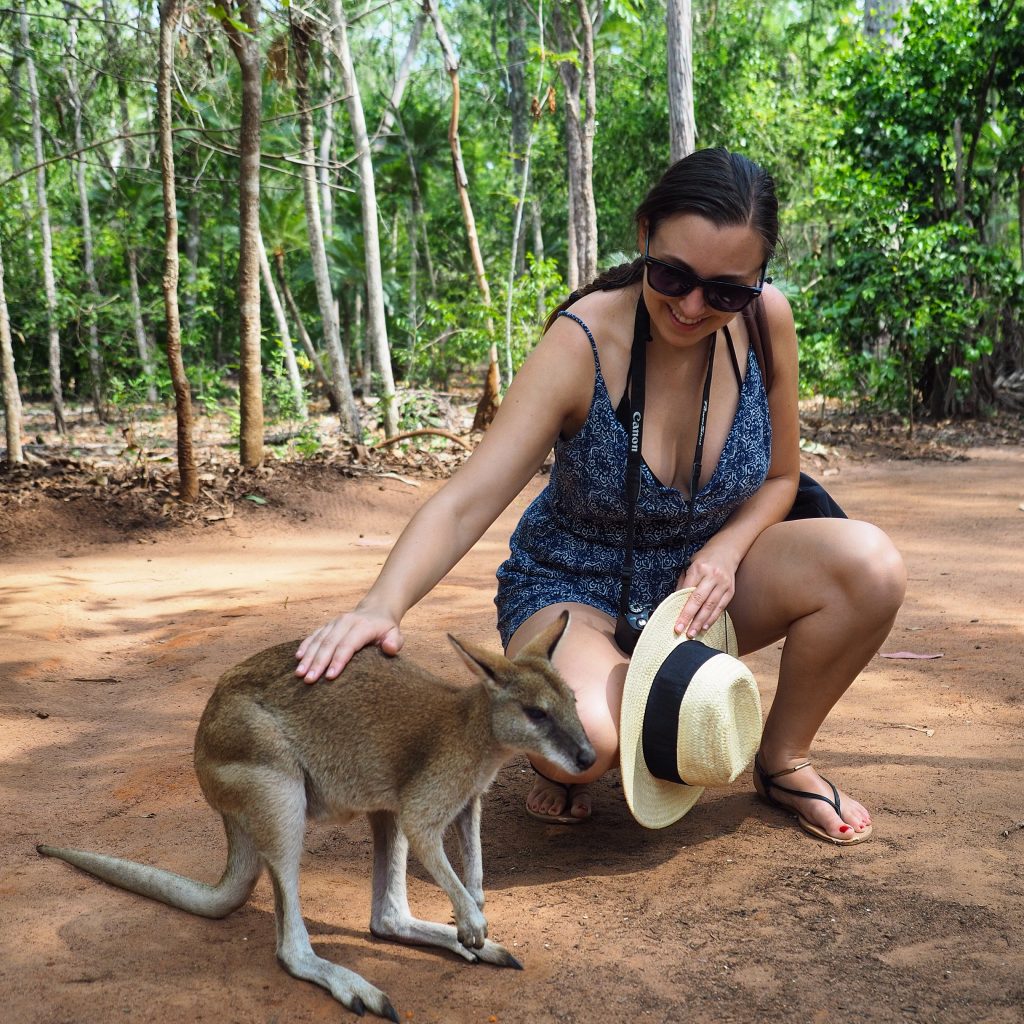 Like comparable in size to the US huge. For some reason, Australia gets an international reputation as being a fairly small country. While it doesn’t have the population of some other large countries, it definitely makes up for that in area. Doing a road trip around the country really puts its size into perspective.

Any food intolerances or allergies? No worries! Restaurants will cater to your needs.

As someone who is lactose intolerant and can’t consume dairy, I was so pleasantly surprised at how well Australia deals with food intolerances and allergies! Coming from the US, I found it really hard to find decent dairy-free alternatives, but even tiny cafes in Australia have lots of options for you whether you’re dairy free, gluten free, vegan, or anything else. 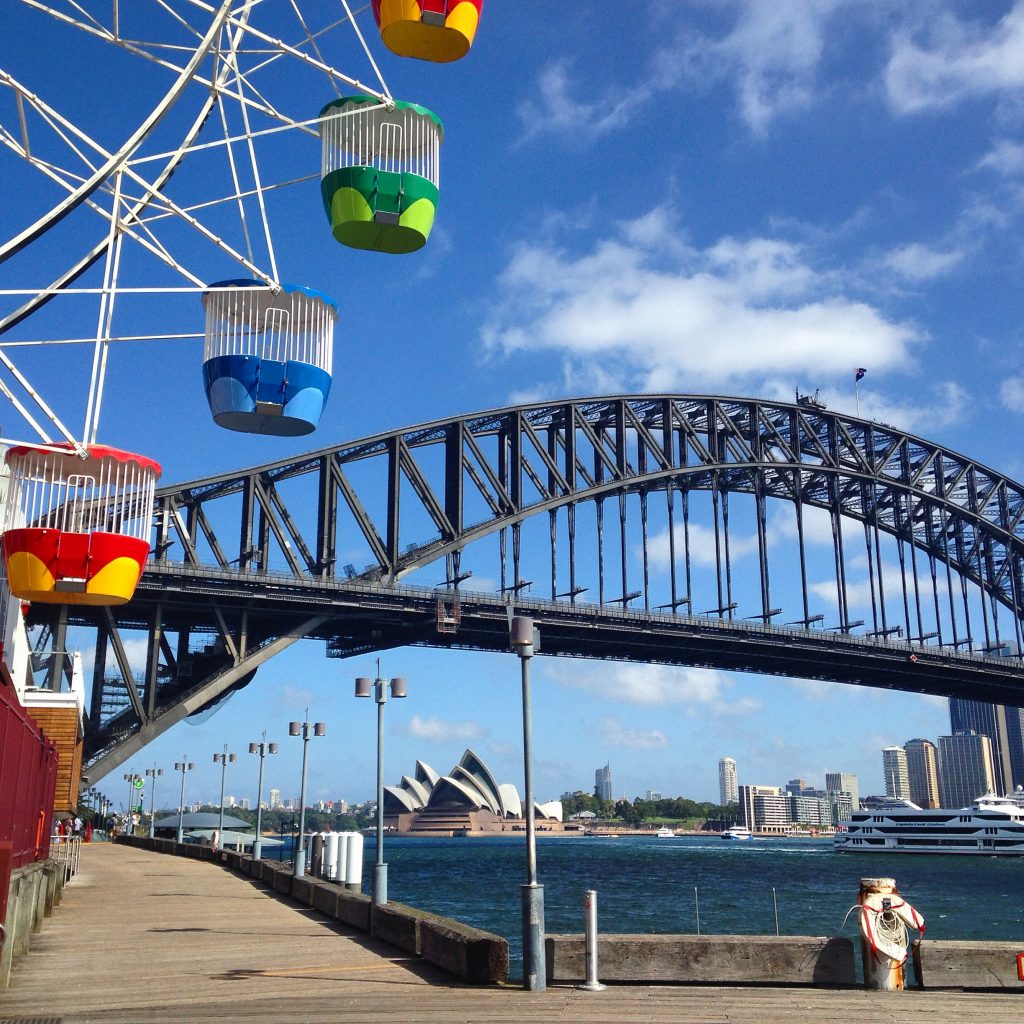 The high wages make most other countries’ wages look like a joke.

I earned a lower hourly wage in my awful and stressful office job in New York City than I made in a fun casual job in Melbourne. So imagine how much people in stressful office jobs in Australia must earn! Even making minimum wage in Australia, you are able to live comfortably, so it shows that the government really cares about its people’s happiness and well-being.

Vegemite isn’t too bad when eaten the right way.

Never try to eat Vegemite on its own—you will be disgusted if you do! But do it the right way—on toast with butter and a light spread of Vegemite—and it really isn’t that bad! 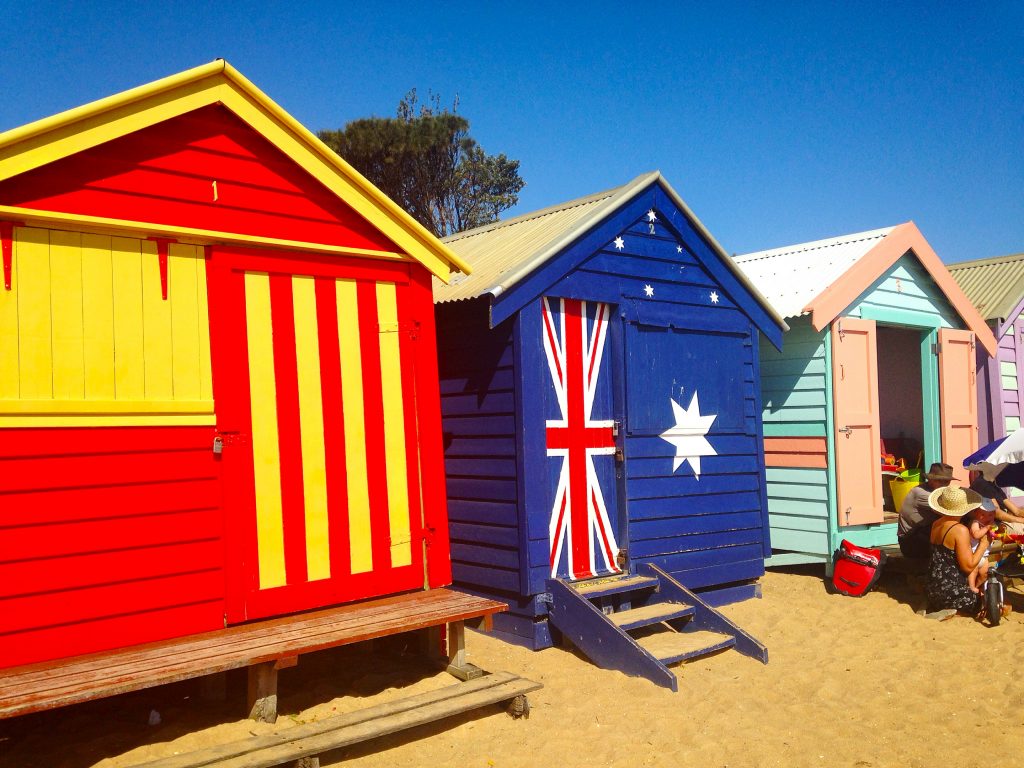 Everyone still gets excited for holidays like Christmas and Easter, but it doesn’t compare to the festive spirit you’ll find in North America or Europe. The lead-up to Christmas was always my favourite time of year back in the US, but it definitely isn’t as big a deal in Australia. I think celebrating Christmas in summer versus winter is a big contributor. Something about celebrating Christmas in extreme heat doesn’t say “festive” for anyone coming from the Northern Hemisphere! But while Aussies don’t make a big deal of the holidays themselves, you better believe they make a big deal out of bank holidays and getting a day off from work!

Aussies use the “C” word as a term of endearment.

This can be a bit surprising for anyone coming from North America, but you quickly get used to it! People use the “c” word when talking to their mates or about someone they like. I have never heard it used in an offensive way here. 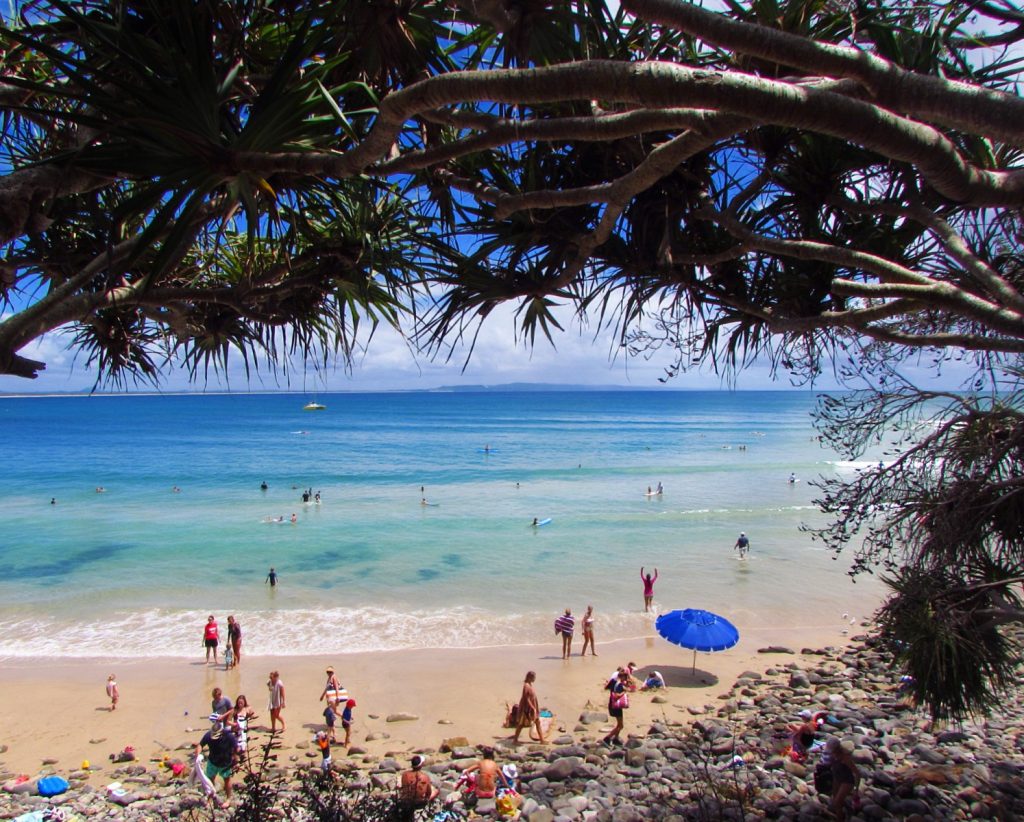 Australian is basically its own language.

Aussies love to shorten everything they say! Some examples—avocado becomes avo, afternoon becomes arvo, breakfast becomes breakie, McDonald’s becomes Macca’s… I could go on and on! Aussies also have their own name for certain things as well, which could easily confuse people from other countries. For example, bell peppers are capsicums. And when people ask you about your thongs, they’re not referring to your underwear! Thongs are flip flops in Australia.

I absolutely loved my time living as an expat in Australia and would highly recommend it to anyone. I am now in New Zealand as my visa in Australia has come to an end. While NZ is great, there’s no denying it doesn’t quite compare to Australia for me! Of everywhere I’ve ever lived—Massachusetts, North Carolina, France, New York, Australia, and New Zealand—Australia is the only place I could really see myself returning to as a resident. So if you’ve ever thought about moving to Australia (or even just visiting), I would recommend it with all my heart! 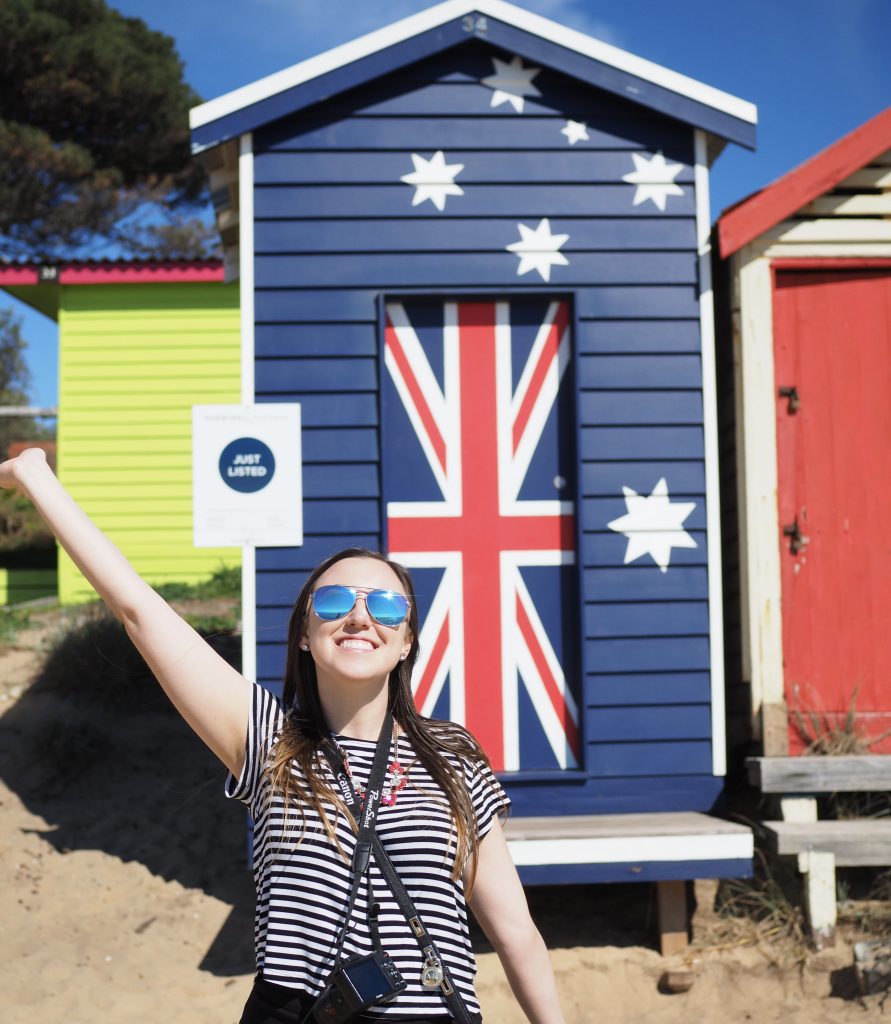 Have you ever lived or travelled in Australia? Let me know what you agree with from this list and if there’s anything else you would add! 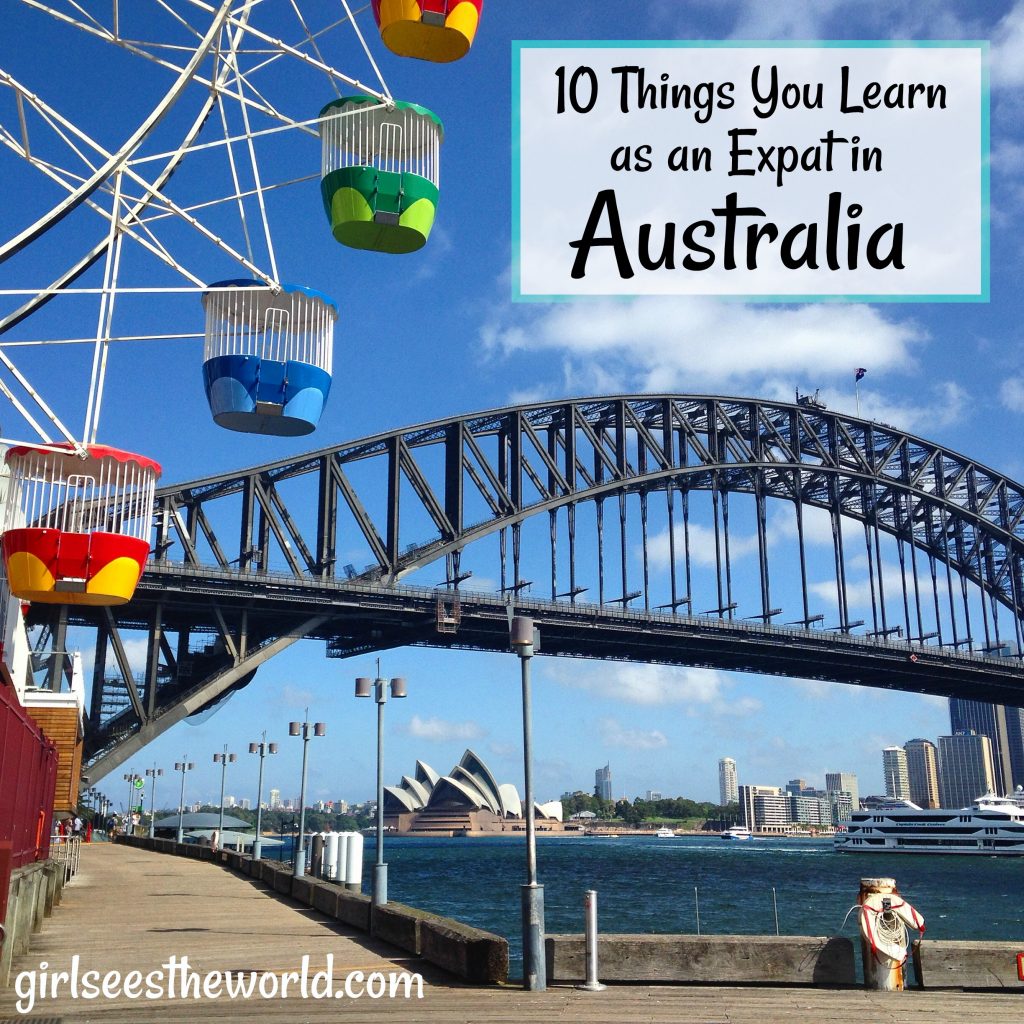