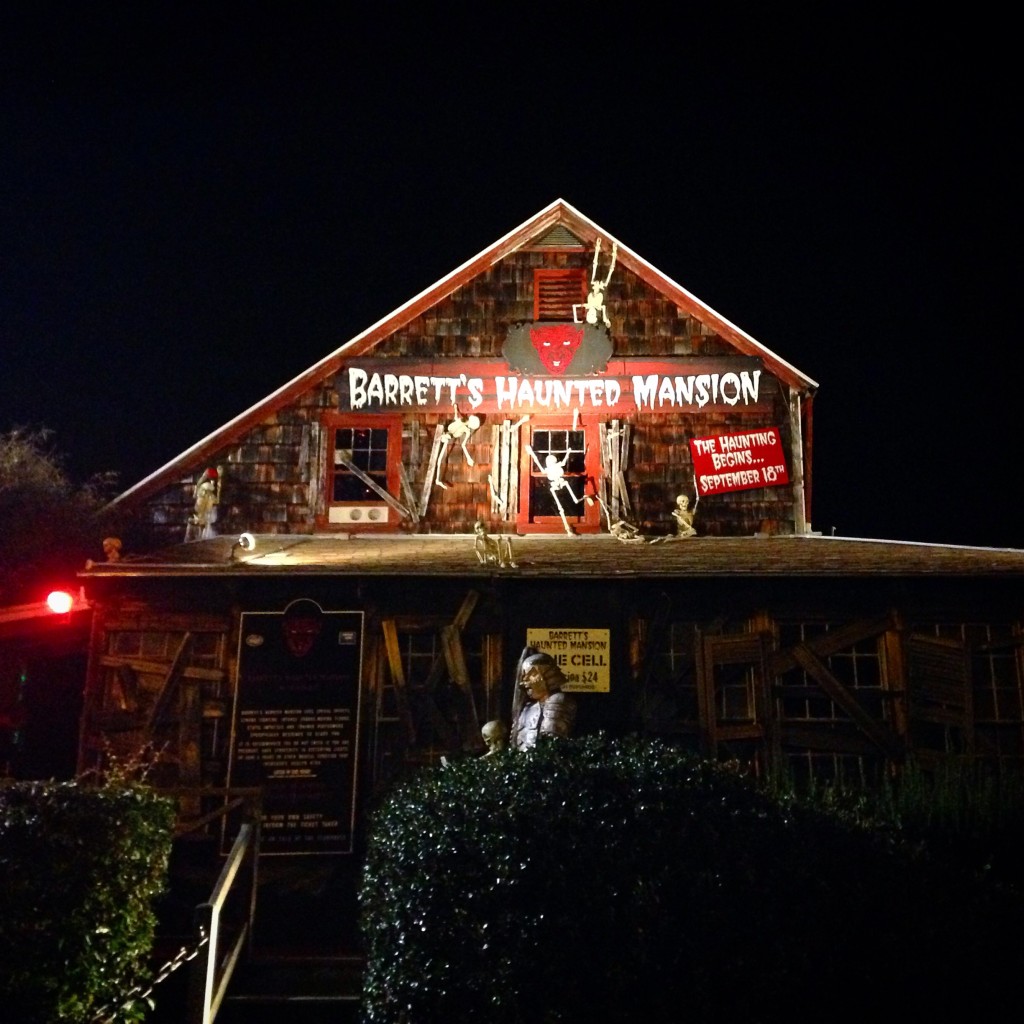 Last weekend, I had some friends visiting from Germany and we wanted to do something unique to Fall in New England. I brainstormed and thought of a place that I’ve heard about since I was little, but was always too afraid to go to until now: Barrett’s Haunted Mansion. As someone who hates scary movies (to give you an idea, I was afraid to sleep facing the wall for about five years after seeing The Blair Witch Project!) I didn’t expect to like Barrett’s as much as I did. But it was so much fun and I think it’s something everyone who lives on the South Shore of Boston should go to at least once! 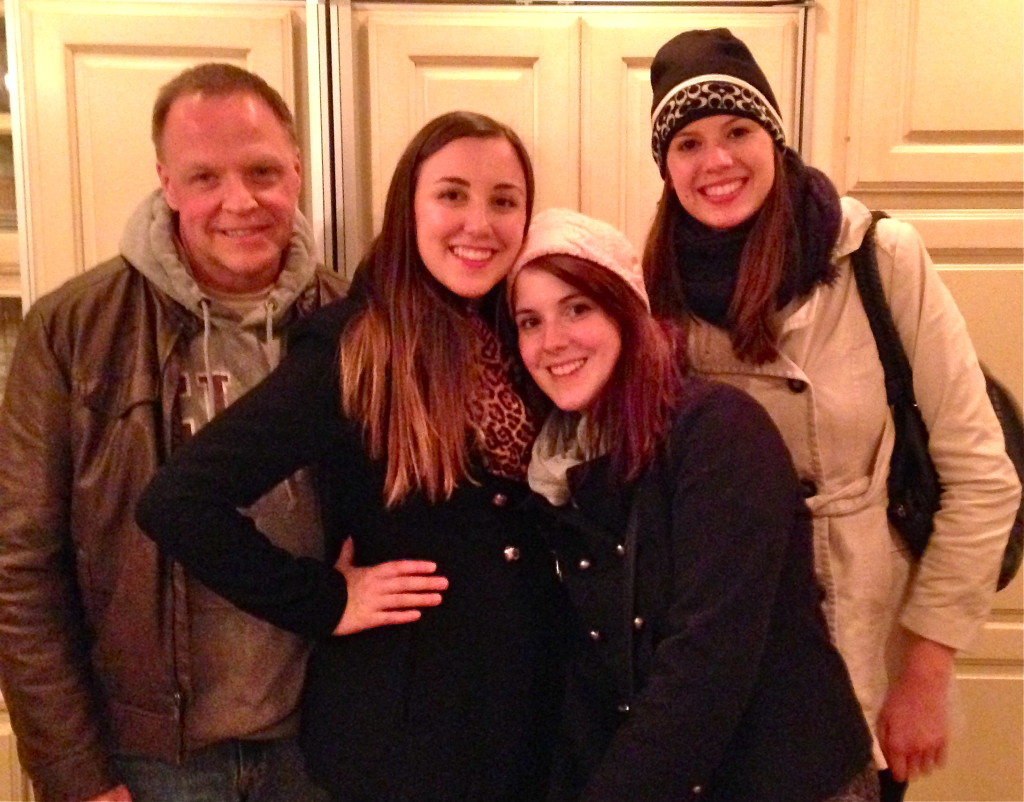 getting ready to leave for Barrett’s!

Located right off the highway in Abington, Barrett’s is really easy to get to from pretty much any town south of Boston. Every year, they change up their theme a little bit, and this year it’s a crazy hospital theme with the slogan “the doctor is losing his patients”. Opening in September and staying open until its peak visiting night, Halloween, Barrett’s is so popular. If you visit on a weekday like I did, you won’t need to wait in line too long, but if you go during the weekend, especially as it gets closer to Halloween you can sometimes wait in line up to three hours! But don’t worry, waiting in line is still really fun! Actors in really creepy costumes go around sneaking up on people and trying to freak them out. This was especially entertaining for everyone who visited the same night as me because one girl in line was so afraid and spent a lot of time screaming and running away from the monsters! 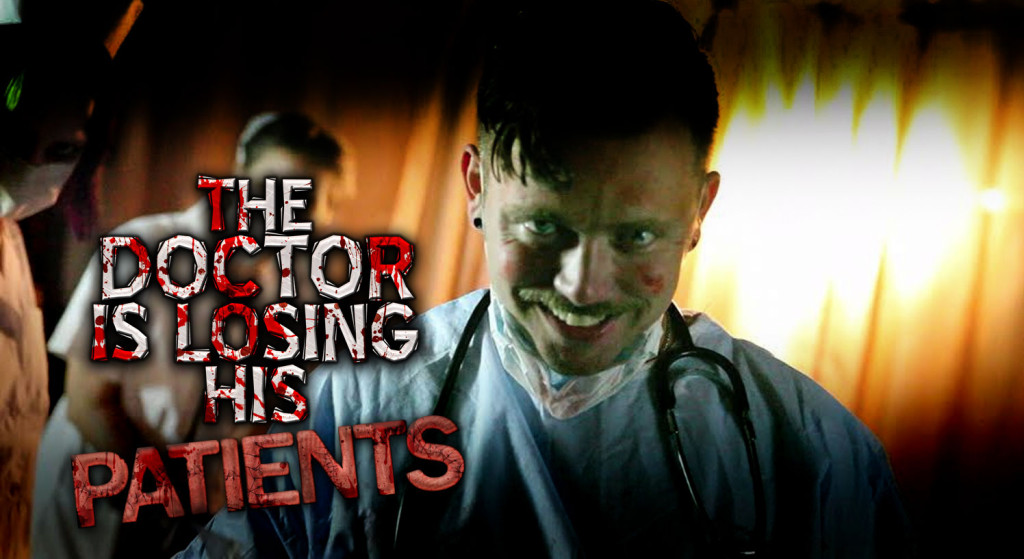 Up until recently, Barrett’s was just made up of the mansion itself, but this year they added an extra haunted maze for visitors. Your ticket includes both the mansion and maze, so you definitely need to take advantage and do both. When you enter the maze, it’s dark with lots of strobe lighting and of course scary people and creatures jumping out at you the whole time. A lot of the walls are made of mirrors so it can be challenging to find your way through, and it took us about twenty minutes. As we went through, different creatures would start following us and blocking us off into corners. Some of them were pretty terrifying but it was so much fun! 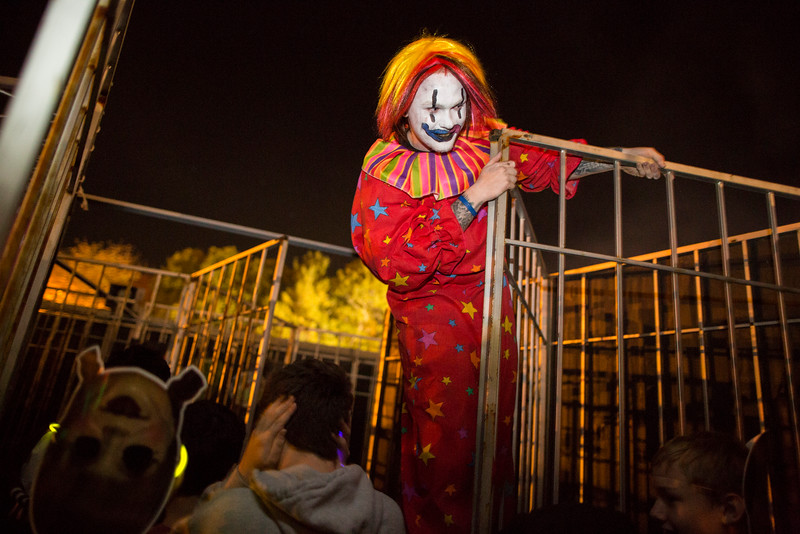 Next up was the haunted mansion. The mansion is huge with so many different elements to it, and since I was leading the group for this one, I found it a lot scarier than the maze! It’s made up of lots of different rooms, each one getting a little bit creepier. Following the theme, you start out in an eerie hospital room where people are being tortured and experimented on. Then you make your way through the mansion where they’re trying to find their next victim. Characters jump out at you with chainsaws, you walk through an almost totally dark room with these really creepy guys coming at you, characters yell at you, and so so much more! Being at the front of the group, I was always startled when someone jumped out right in front of me, so I did quite a bit of screaming! 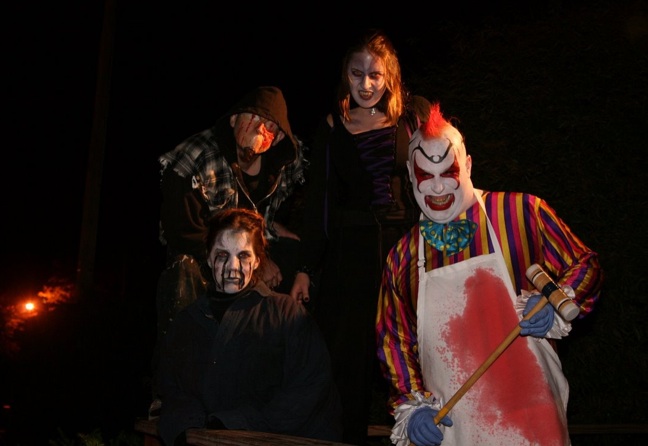 The whole Barrett’s experience is so much fun and like nothing I had ever experienced! Right now they are open Thursday through Sunday, but will also be open some Mondays, Tuesdays, and Wednesdays as it gets closer to Halloween. On weekends, they are open from 7-11pm and on weekdays from 7-10:30pm. Then you need to decide which one of the many experiences you want to have! Standard tickets cost $24 and you can also use a $3 coupon from the Barrett’s website. Sunday through Thursday, you can get a “Bite and Fright” ticket for $30, which includes your Barrett’s entrance and dinner at the Abington Ale House next door. If you get scared super easily and don’t think you could handle the mansion and maze normally, you can buy a “lights-on” ticket for $7 on Saturdays from 2-4pm. And if you are extremely brave, you can attend the “Darkness Unleashed” evenings on October 20 and 27 from 7-11pm. None of the normal rules apply for this night. The lights are all off and you just have a single source of light to use. And usually the actors aren’t allowed to touch you, but during Darkness Unleashed, they can grab you and even pull you away from your group! I know that would be a little too scary for me, but if you’re a major adrenaline junkie and like being scared, that event sounds so cool!

If you want to check out some more information on Barrett’s, their event calendar, and tickets you can check out their website here.

Have you ever been to a haunted mansion like this one? If you have, tell me all about your experience in a comment below!