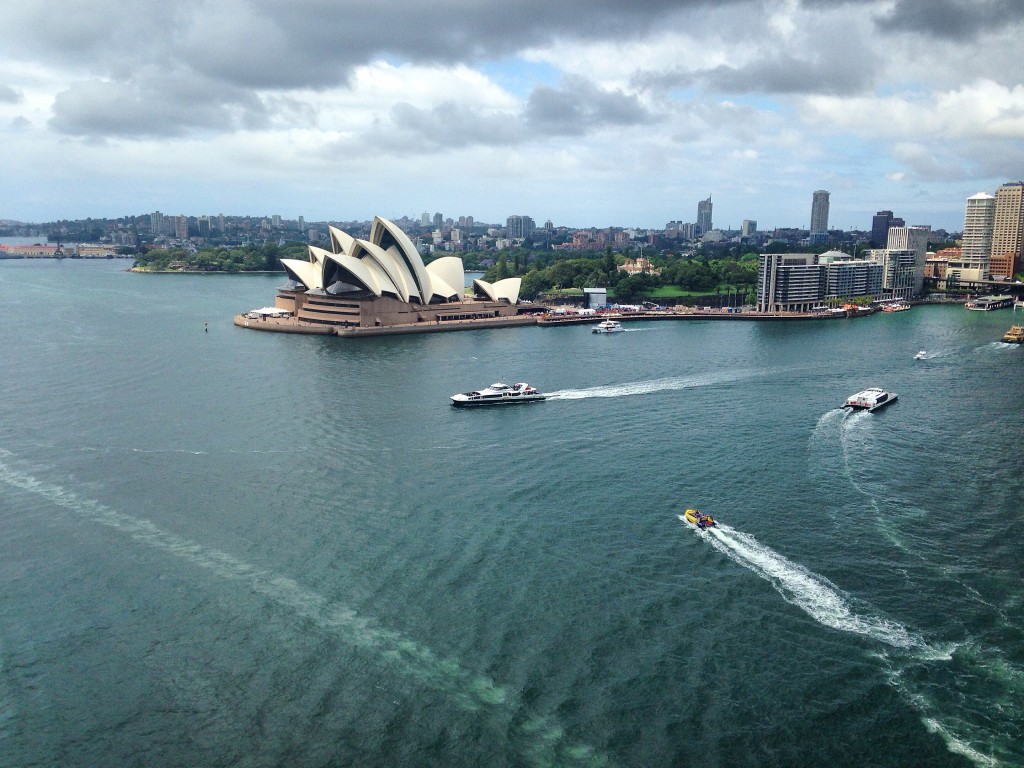 Three weeks ago, I made the long journey from Boston all the way to Sydney, Australia. About 30 hours of travel including two layovers! I stayed in Sydney for a couple of days getting settled and adjusted to the time change before jetting off to New Zealand. A few days ago, I arrived back in Sydney and have been going nonstop to try and experience as much of the city as possible until I head down to Melbourne next Monday. Overall, Sydney has made a great impression on me so far, and I’m already deeply in love with the city! Coming from Boston and after living in New York City for a while, Sydney has such a different vibe from what I’m used to. I wasn’t completely sure what to expect about Sydney before I arrived (other than that I would love it) and have already learned some things from my short time in the city.

Picturing Sydney, I always thought of it as a relatively flat city. But boy was I wrong! It seems like every time you turn a corner there is another huge hill looming before you, or a staircase that is so tall, it would take a fit person at least two minutes to walk up. This seems to be especially true in North Sydney. It can get tiring if you walk as much as I have in the past couple days, but there are some positives too. First, you don’t need to worry about going to the gym because the hills are a workout in themselves. And second, tall hills make for some pretty amazing viewpoints around the city! 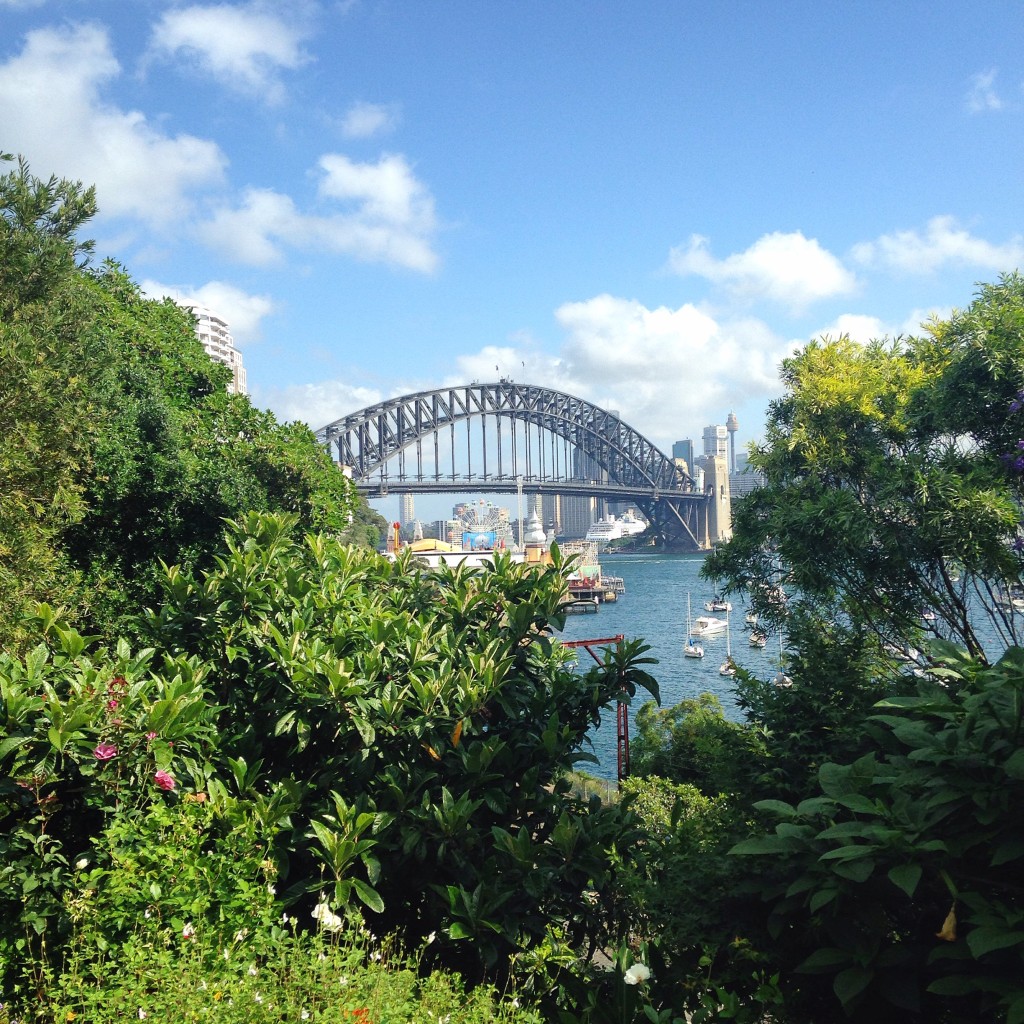 Of all the cities I’ve been to, I think I have to say Sydney’s public transportation is the best. The transport network is made up of trains, buses, ferries, and a light rail that can take you anywhere you need to go in the city. They can even take you out of the city too, as far away as the Blue Mountains! Once you have ridden the trains a few times, they’re super easy to navigate. They are also ridiculously clean and new compared to the public transport I’m used to in Boston and New York. The trains are all double decker and have plenty of comfortable seating. The other day, I rode one of the ferries for the first time, and that has definitely become my favourite mode of transportation! The ferries go through the harbour and all have great views of the Harbour Bridge and Opera House, especially the ferries leaving from Circular Quay. If you plan to use public transportation in Sydney, definitely get an Opal Card–the city’s transport card. You can use it on all the modes of transportation and you are charged based on the journey you make. So far my charges have varied between about 50 cents to $3. Another huge bonus, once you have used $15 worth of credit in one day, the rest of your rides that day will be free. That goes for every day except Sundays when your rides will be free after you spend $2.50! 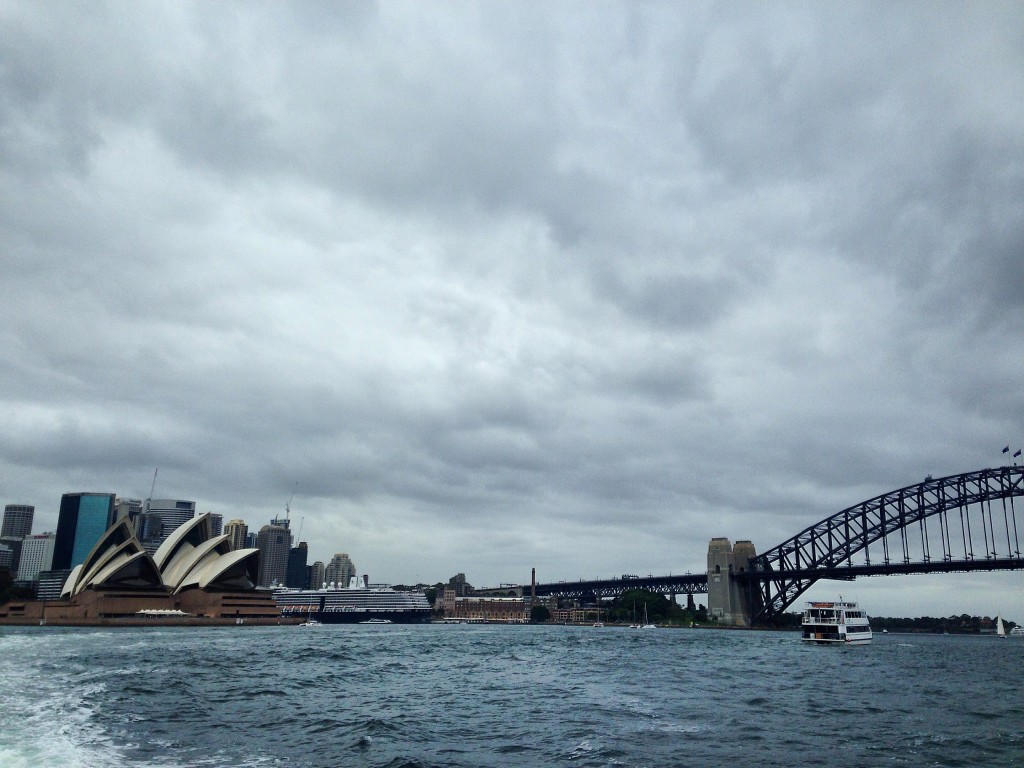 3. There Are No Kangaroos in Sydney

Thinking about Australia, you probably picture kangaroos hopping around everywhere you look. While I’ve heard that’s true in some parts of Australia, it’s definitely not in Sydney! I have yet to see a kangaroo, and if you hope to see one on your visit to Sydney, you’ll need to head out of the city to the surrounding areas. Apparently, you might spot a kangaroo in Pittwater, Morisset, and of course if you head west into the outback. A friend even told me you can feed kangaroos out of the palm of your hand in Jervis Bay! However if you’re really desperate to see kangaroos but don’t want to travel too far to do so, you can always head to the Taronga Zoo. 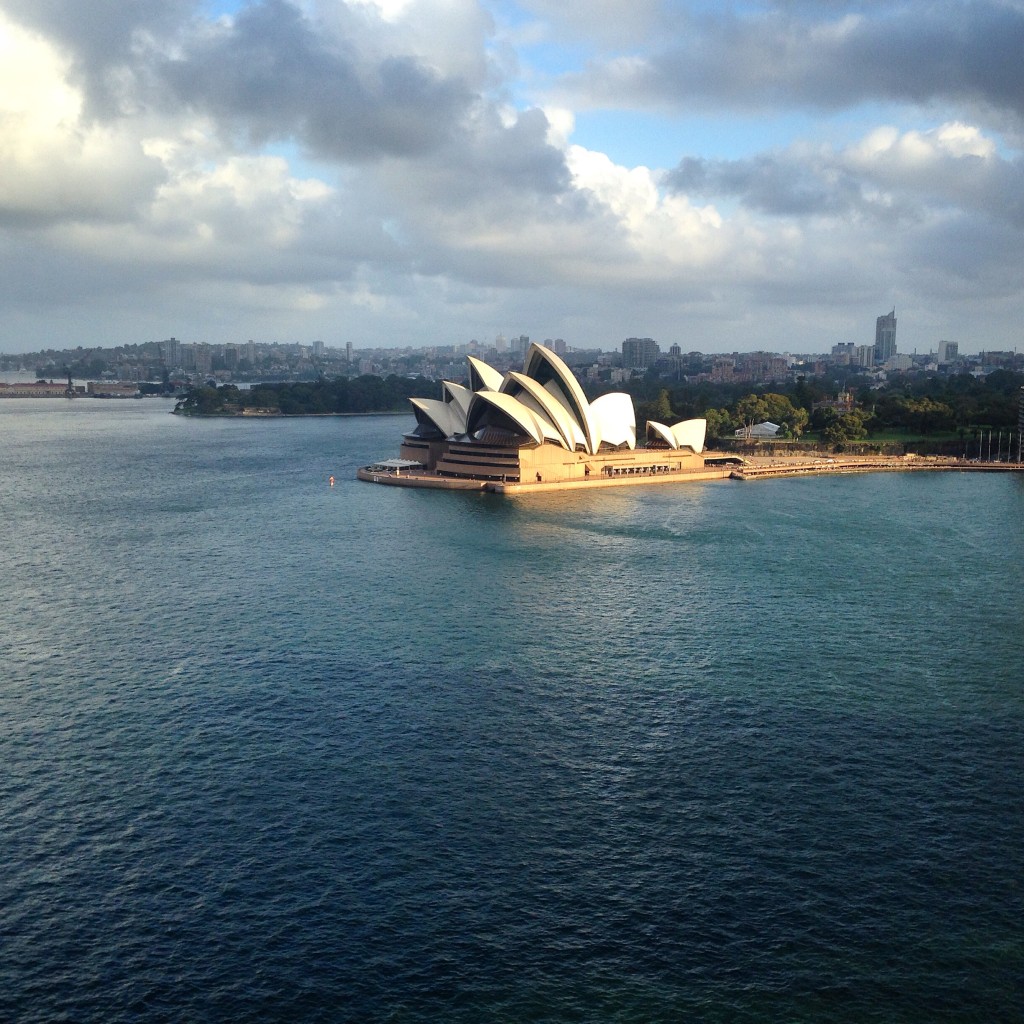 When I was in Sydney for the first few days, I went to a big wine and food festival in the Rocks neighbourhood of Sydney. It was so much fun and I got some really good food. Then after returning from New Zealand, I’ve seen lots of advertising for the latest festival called the Village Bizarre that features food, music, and markets over the next few weekends. I’ll definitely need to check that out this Saturday. I don’t think a weekend can go by in Sydney without some sort of festival happening! 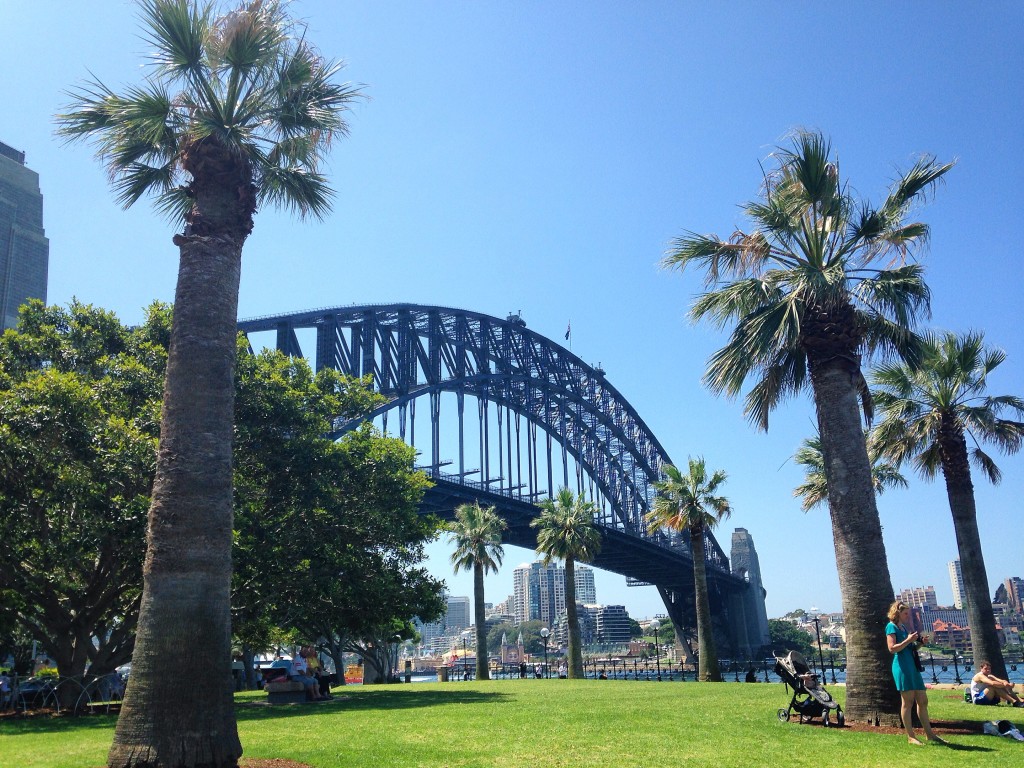 5. Sydney is meant to be experienced in the sun

My first couple days in Sydney and then the first day after getting back from New Zealand were cloudy, rainy, and chilly. Not exactly the weather I expected here! While some cities are cool to experience in cloudy, chilly weather like London and Paris, Sydney is not one of those cities. Since a huge part of Sydney is its beaches and outdoor living, if you’re experiencing the city for the first time in bad weather, you might think, “Is this it?” But as soon as the sun comes out, you’ll see what all the hype is about and fall in love with Sydney yourself!

6. If you want to be completely surrounded by Aussies, Sydney isn’t your city

Like most major cities around the world, Sydney has a huge international influence. About 40% of Sydney residents were born overseas, but sometimes walking around it can feel like there are twice as many non-Australians as there are Australians! Of course there are lots of benefits to that including lots of diversity and some amazing food from all over the world, especially from Asia. But if you are looking for a genuine Aussie experience where you’ll be surrounded by mostly Australians head to one of the other major cities like Perth or Adelaide. 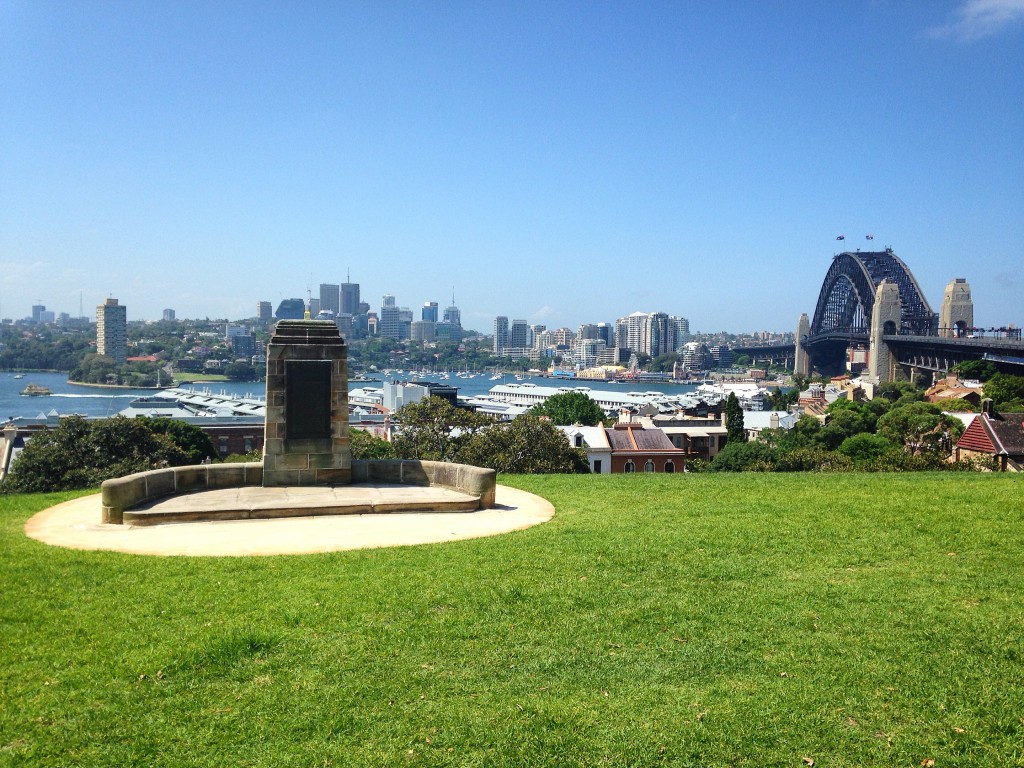 7. People in Sydney are some of the nicest I’ve ever met

OK, some of the tourists can be really pushy, but every Australian I’ve met is so kind and welcoming. Most Australians love to engage in conversation and always seem so genuine. For the most part, they’ll go out of their way to help you out too. This is true if you’re asking for directions, need help with a suitcase, or anything else that may come up. And when the sun is shining, it’s really rare that you’ll see an Australian without a smile on their face–a nice change from the not-so-welcoming people I encountered all over New York City! 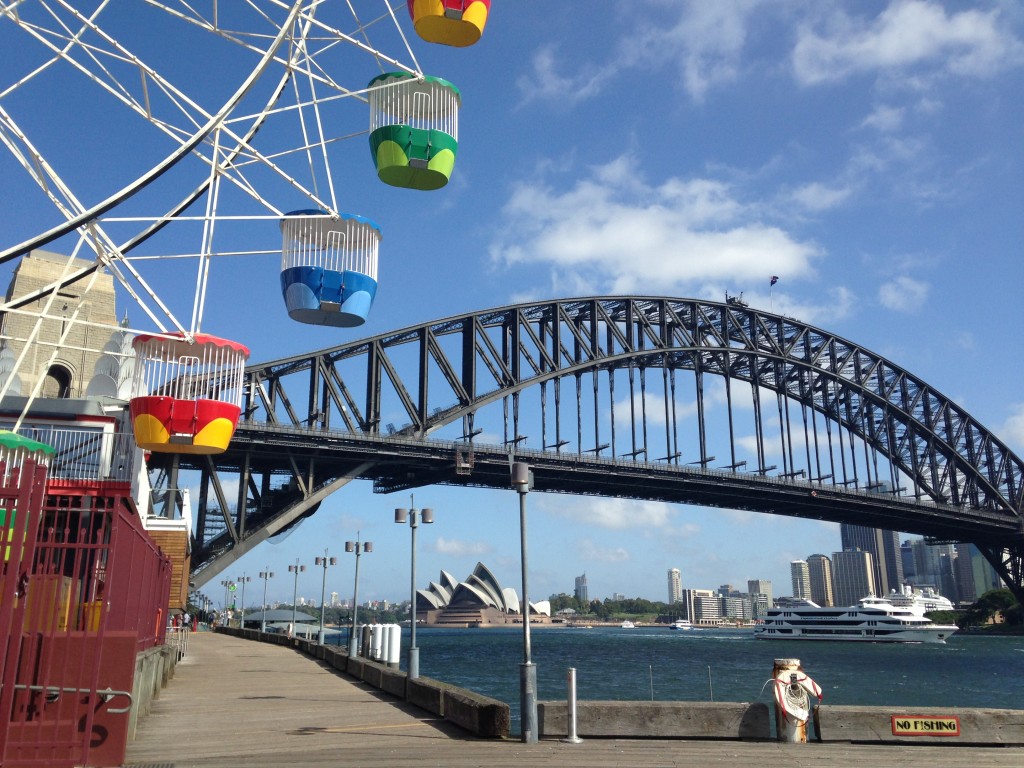 8. It feels safer than any other city I’ve been to

Maybe I’ve just been lucky and I’ve been going to the right areas, but I have yet to feel unsafe in Sydney. There have been a couple times when I’ve walked through the city at night, and even going through parks or quiet areas (something I wouldn’t dream of doing at night in NYC!) I have always felt completely safe. I also haven’t experienced any catcalling or creepy men trying to talk to women on the streets, which is another awesome change from NYC! In fact, the only time I ever felt remotely nervous was when I was walking one night and could hear bats screeching in the tree above me! 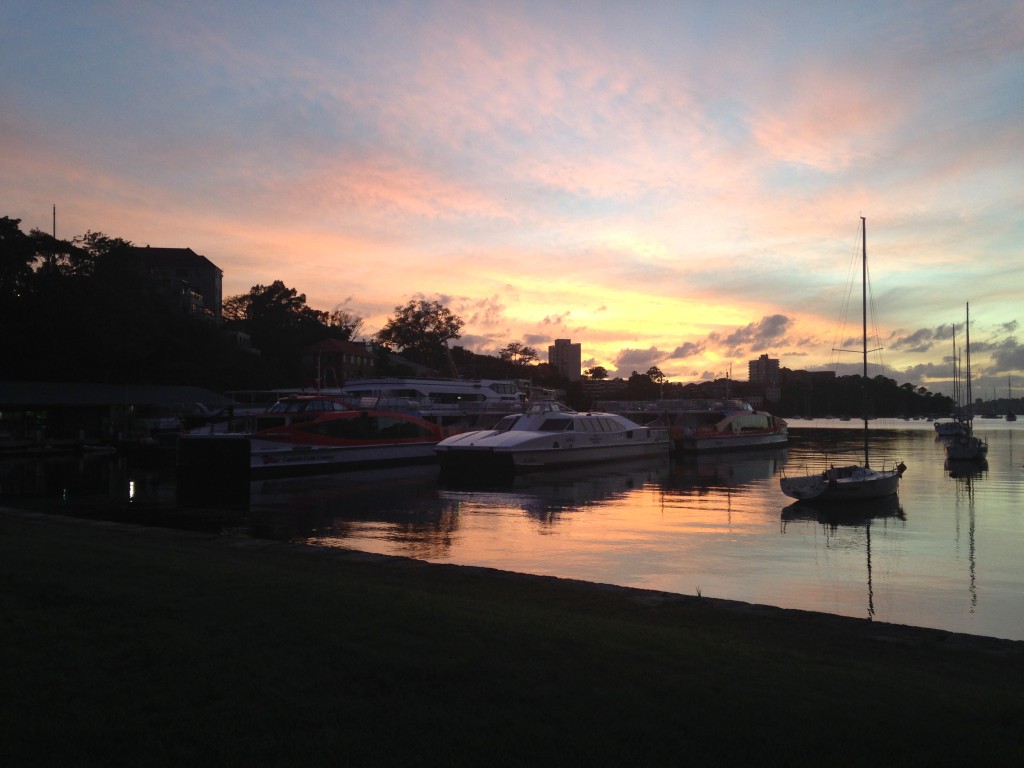 9. Sydney is a daytime city

Of course there are lots of great things going on at night in Sydney, but the best time to experience it is during the daytime in the sunshine. Sydney is such an active, outdoor city and most of the excitement happens during daylight hours. During the day, the city is so lively, but at night it definitely gets quieter. It has a totally different feel from cities like New York and Las Vegas that I would consider to be more night-time cities. I have become more of a daytime person as I get older so I’m a fan of this!

10. It’s impossible to run out of things to do in Sydney

Whether you are visiting for a few days or you are moving to Sydney for the rest of your life, you could never run out of new and interesting things to do. Outside of Australia you hear about the major attractions like the Opera House, Harbour Bridge, and Bondi Beach but in my research on the city and getting recommendations from some different people, I know there’s no way I’ll get to tick everything off my growing list before I leave Australia in a year! Within the city centre, there are lots of amazing areas to discover, and if you venture outside the city to the coastal areas of New South Wales you can find beautiful beaches and so many unique spots. You’ve probably heard that famous quote “When a man is tired of London, he is tired of life.” Well that is definitely true of Sydney too! 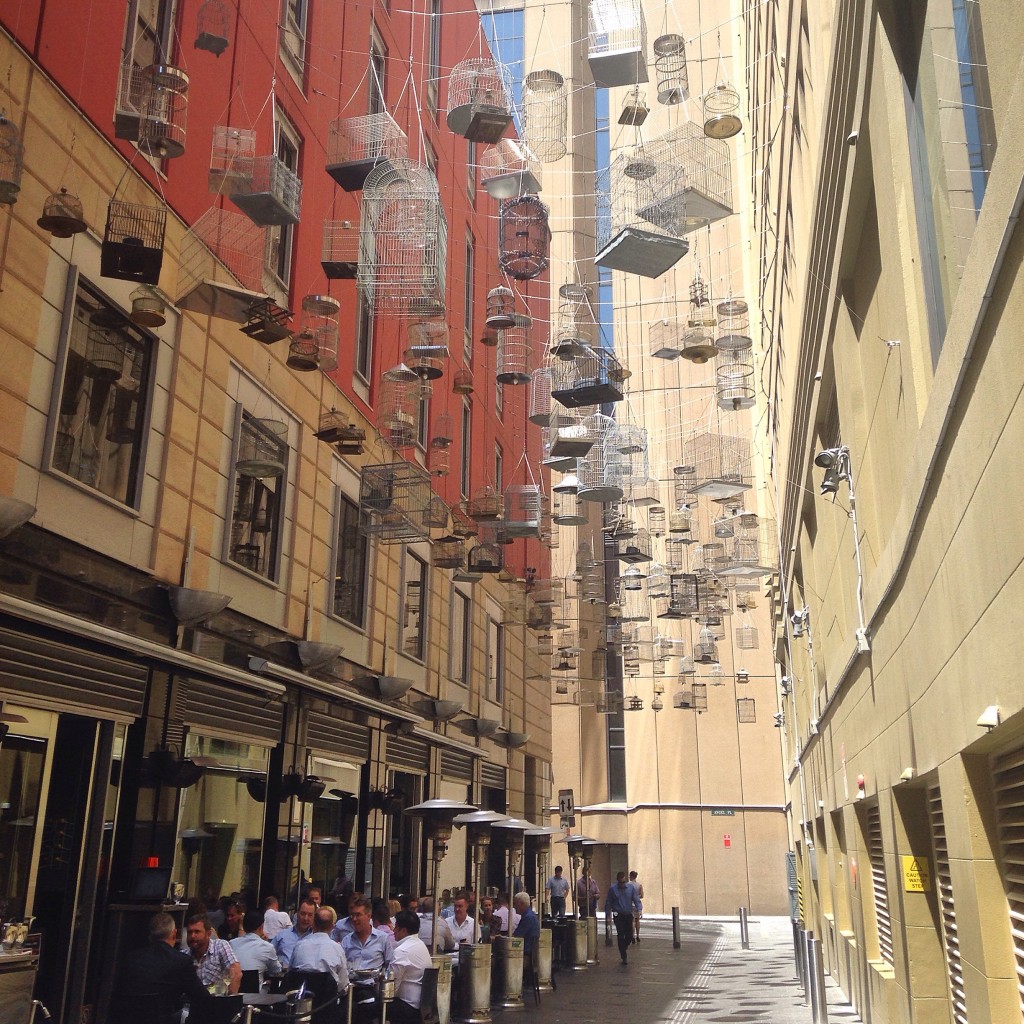 Every day, I get to know Sydney a little bit better and keep falling in love with it more and more. I have so many more spots I’m going to be checking out this week and when I come back to Sydney again. Even though I’m planning to live in Melbourne, I know I’ll be back in Sydney a lot, including for New Year’s Eve! I’ll be posting some more blog posts about Sydney soon, but want to experience as much of the city as possible first. Stay tuned for posts about my favourite things to do in Sydney, the best viewpoints around the harbour, great restaurants to try and lots more! 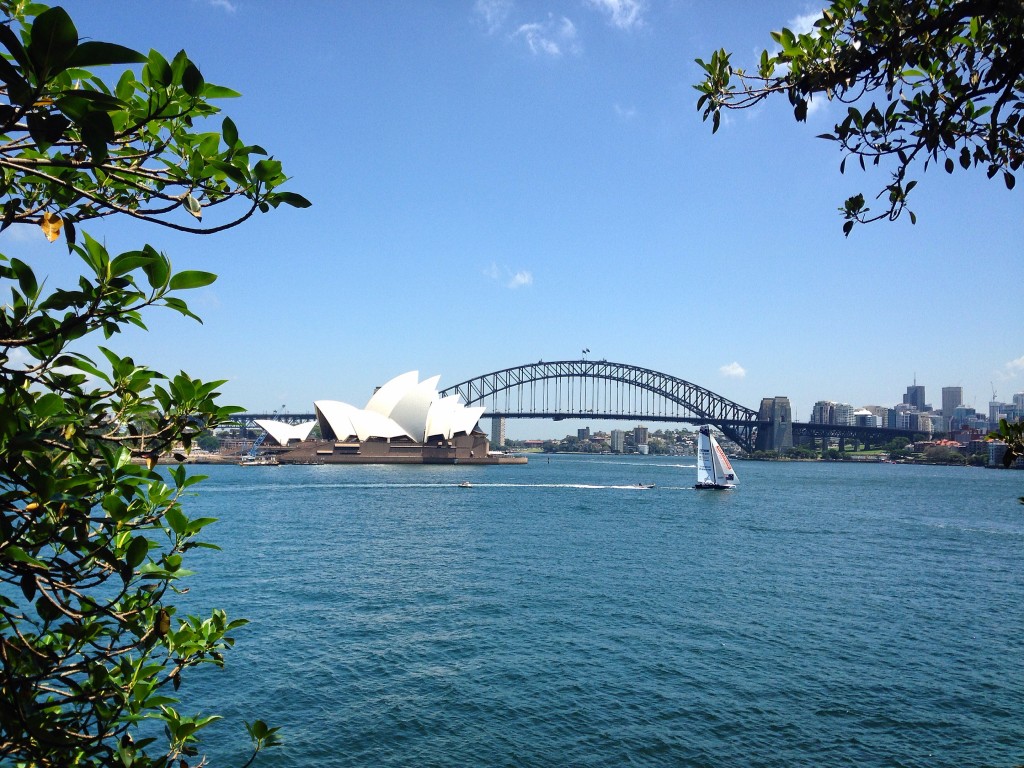 Now over to you! If you’ve been to Sydney (or anywhere in Australia for that matter), what was your first impression of it? Let me know in a comment!